In the spirit of Halloween, our High School Students converted the AALEAD building into a Haunted House for the Elementary Students! 45 high school students and over 40 elementary students participated in the event.
Rosetta Lai (executive director), an AALEAD volunteer, and high school students pose for a scary picture! 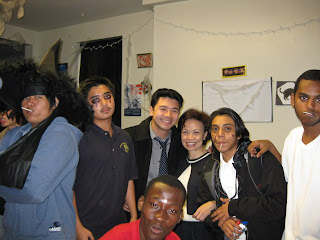 Our elementary after-school program manager safely shepherded the students to and from our building to school in the AALEAD van. 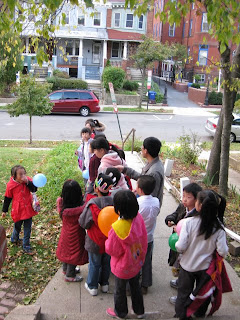 Some of our elementary school costumes! 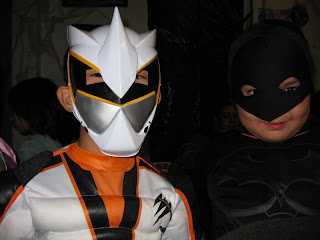 Many princesses came to our Halloween Party! 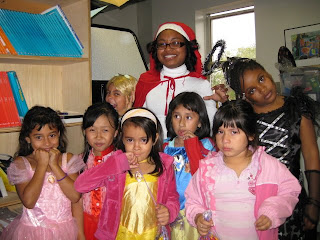 Our youth enjoyed a variety of yummy cookies and cupcakes... 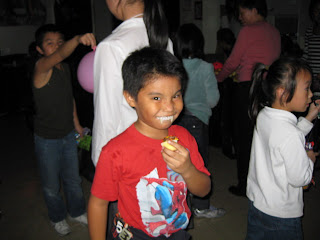 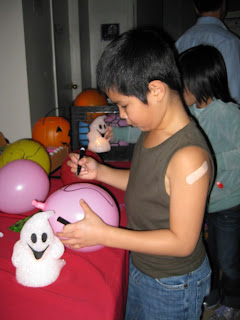 The high school students set up different activity stations for the children inside the haunted house... 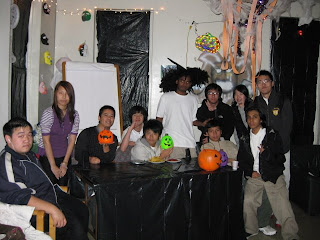 One of our youth poses with an AALEAD staff member! 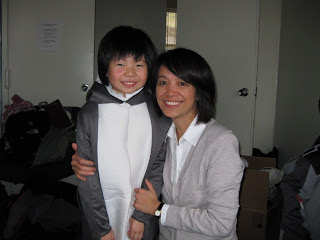 Posted by Asian American LEAD at 12:26 PM No comments:

Mentors, mentees, and student volunteers gathered on a Friday afternoon to create a Welcome Wall at the Gilchrist Center for Cultural Diversity!
Here is the wall they were tasked with decorating: 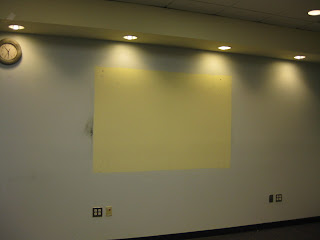 Thanks to donations from Home Depot, there were large styrofoam panels that students used as their base. 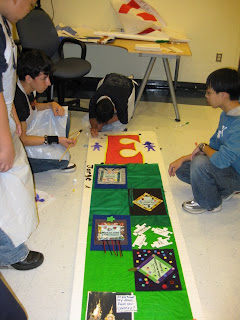 Each group was responsible for one of the letters in "W-e-l-c-o-m-e." 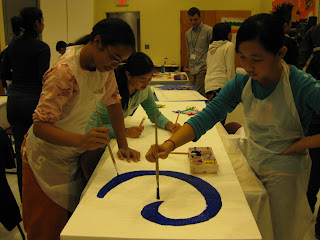 Students included flags, maps, and pictures to decorate the welcome wall. The word "Welcome" was also translated into various languages! 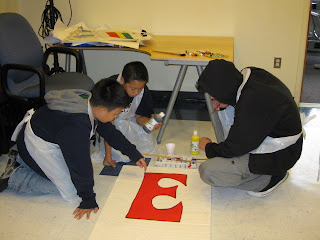 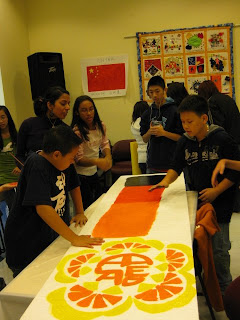 Slowly but surely, the pieces of the wall all came together as students carried their panels into the room. 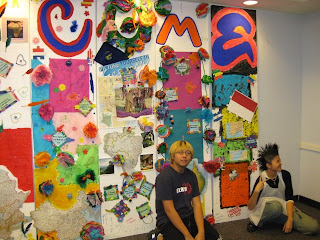 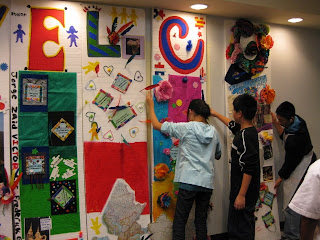 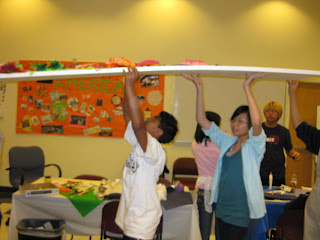 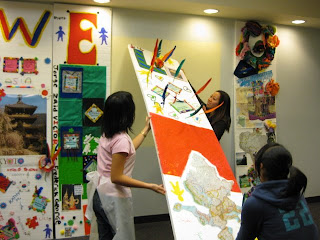 Posted by Asian American LEAD at 12:25 PM No comments:

In the Summer of 2008, the elementary students started a pilot project which we hope to continue to educate our students about poor Asian countries and encourage them that they can make a difference.
The theme for the project was “At-risk Children Helping At-risk Youth in the Philippines.”


· Education: The project started by educating the students from the two sites about the urban poor children’s plight in the Philippines. The goal of this activity was to raise awareness among Asian-American youth of the realities of much poorer Asians in other parts of the world. On July 23 the Bancroft 1st-6th grade students (total of 20 of 25) attended a presentation about the urban poor children in the Philippines. The students were also given a chance to learn some basic Tagalog words (Philippine language) at this event.

· Fund Raising Initiative: On July 24, all the Bancroft students including the Pre-K and Kindergarten class participated in a Summer Festival. This event was dedicated to raising money for the children of the Philippines. Everyone (staff included) contributed by making different items to sell to raise money. Some of the items sold were pictures and picture frames, beaded jewelry, beaded pins in the shape of the Philippine flag, cotton candy, and snow cones. The pre-k and kindergarten classes provided many of the decorations including one mural done by Ms. Bui and Ms. Danielle’s class. The festival also included fun games and activities including a video presentation which gave the children the opportunity to see those whom they were helping and learning. The students and staff helped to raise almost $200 for the poor children of the Philippines.

· Letter Writing: All 69 students at Chinatown have made cards and corresponding through letters with youth in the Philippines on a weekly basis. The activity is intended to create friendship between Asian at-risk youth in America and Asia, and also to promote creative literacy activities.

Then we received a letter of thanks from the beneficiary!

To: AALEAD Team and Students

Greetings to you from Manila in the Philippines!
Thank you so much for your kindness and generosity.

We are going to use the money you raised for special classes that are being held in our small Waray Centre that we built in a poor area where families live close to a disused quarry just outside of the Manila.

Here many boys and girls run around in old clothes and bare feet and they live with their families in shacks made out of just scraps of wood, corrugated iron and old sacking. Some of these children do not go to school so we have a program to help them to learn to read and write. Some of our volunteers and young people teach them during the week.

We are so touched that you would be prepared to give in such a generous way to help these young boys and girls here to begin to have a good education. You have made a difference in the lives of these young people.

Thank you once again for what you have done!
God bless you all.

Patrick Hobbs
Patrick Hobbs
(International Advisor for Dawn for the Poor)
Posted by Asian American LEAD at 12:07 PM No comments: