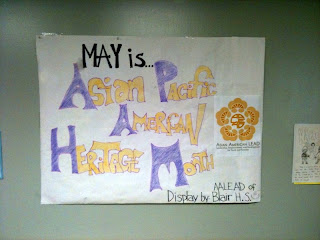 To celebrate APAHM, AALEADers at Blair High School created a display to educate the Wheaton Community about Asian American culture! The left side, pictured below, featured some of their 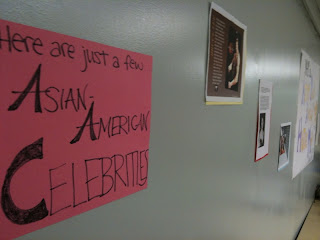 favorite famous Asian Americans: Bruce Lee, Lucy Liu, and John Cho. The right side featured Asian characters that have become a part of American culture, namely the geisha figure, Anime, and Naruto. Stop by the Wheaton Community Center on Georgia Ave if you get the chance and check out the students' handiwork! 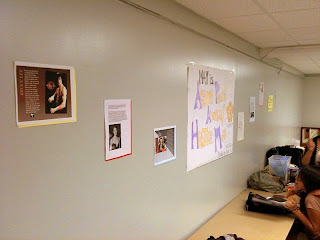 Posted by Asian American LEAD at 9:59 AM No comments:

AALEAD had three wonderful interns from Korea this year and one of them was Jieun, who gave a presentation on Korea and its culture to the students in Girls leadership Program. 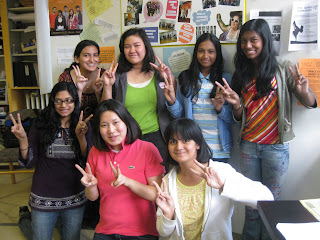 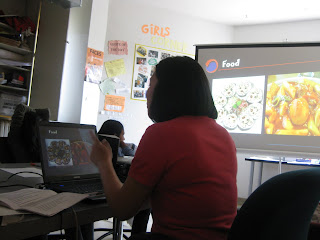 She started with an Ice breaker based on the song by Wonder Girls (Wonder girls is a South Korean girl group, which began their entry into the American market in 2009, with lead single "Nobody"; the single became the first song by a Korean group to enter the Billboard Hot 100). 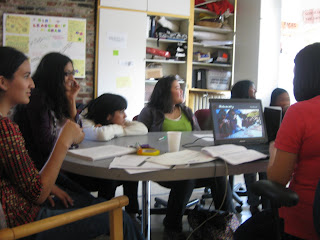 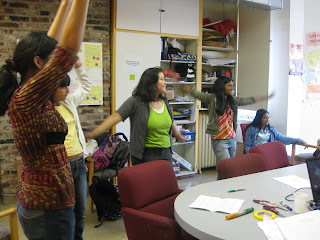 The presentation was very informative and all the students showed great interest in it as it covered the basic information about Korea, its culture and about the youth there. After the presentation, we had different questions from the students about the country, drama and food, especially they were surprised to know that an average Korean student spends more time in studies as compared to an American student. 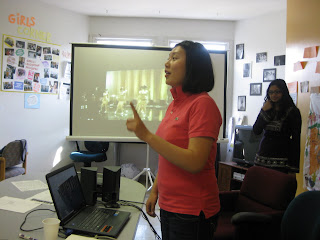 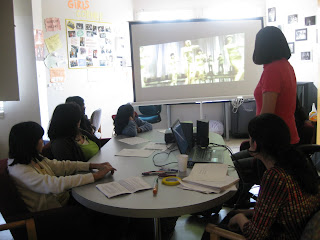 We also played baskin robbins 31. It is a Korean game where you start out by singing, "baskinnn robbins 31- so going in the circle, each person counting either 1, 2, or 3 numbers. So you keep counting until you get to 31, which is what you DO NOT WANT TO SAY, because then you get a punishment.

Over all, It was great to learn about Korea from Jieun and also er experiences in US as an international student.


Posted by Asian American LEAD at 12:30 PM No comments:

Girls Leadership program offered community service at Thomson elementary school in DC from April 2010. Every Tuesday, students from middle and high school go to the elementary school and help the students in Grade I-II for their homework, in reading story books, making things from paper etc. 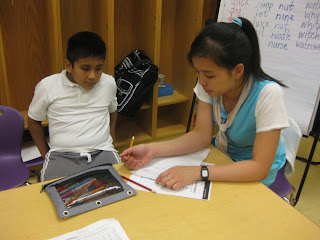 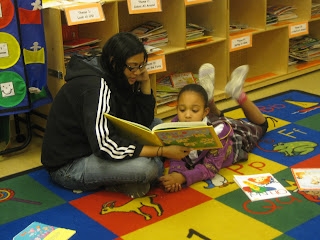 One of the students facilitated an arts activity where the elementary school students learn how to carve their names on a paper with crayon colors. Students also played different games with them where they were actively involved and every one enjoyed it. 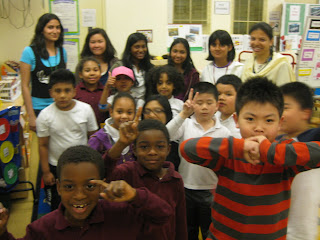 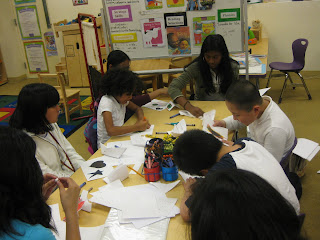 It has been an exciting experience for the high school students where they had enjoyed while earning their community service hours. And more than that they had been happy about serving and giving back to the community. 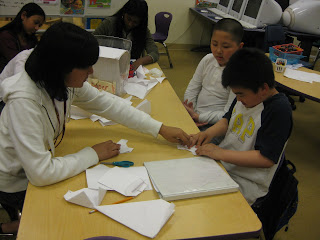 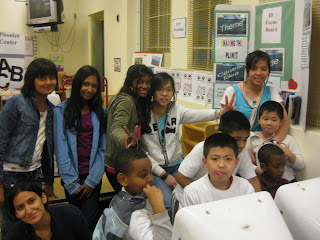 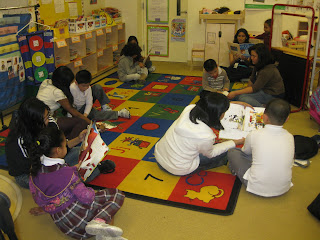 Posted by Asian American LEAD at 12:01 PM No comments: 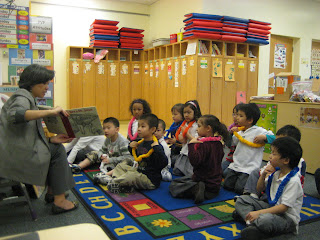 On May 19, 2010, the pre-K and K class had a special visitor come and read to them! Ms. Georgia Yuan, Deputy General Counsel at the Department of Education, came to read two wonderful stories with the children. Thank you for visiting us! 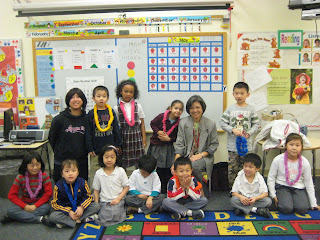 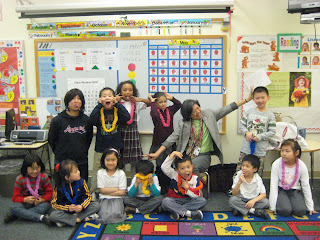 Congratulations to Viet Tran, a 12th grade student at Cardozo High School! Viet won a $1,000 scholarship through the Nisei Student Relocation Commemorative Fund. He was cheered on by other AALEAD staff members.

We are so proud of Viet, who was also a student speaker at AALEAD's Annual Dinner this year! He plans to attend Community College of Allegheny County this fall and is interested in studying business. 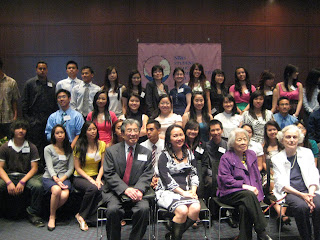 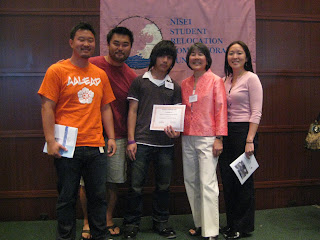 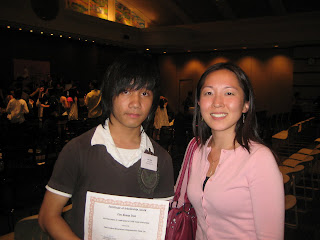 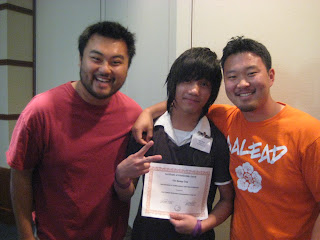 Posted by Asian American LEAD at 12:15 PM No comments: 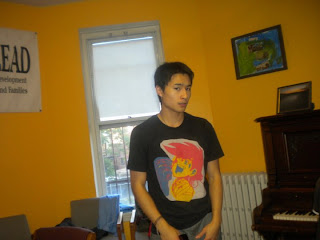 At the beginning of March, I had received an email from someone who wanted to volunteer with our high school program. Ben was from Boston and was in DC for a semester internship. At the time we were in need of a break dance instructor, Ben Pongsanarakul told me that he had a background in break dancing. This worked out perfectly. I remember Ben's second day, where he was struggling to keep the students' attention and later felt that he bit off more than he could chew. After a brief discussion, I convinced Ben that it takes time to build trust with students and that we should rethink our strategy. The next week, a motivated Ben insured that everyone participated and captured the attention of our students. From there it appeared to a be a "cake walk" for Ben. In no time, he built strong relationships with the students and began volunteering on days when we didn't have break dance class. He assisted me in our teen discussion workshops, completely ran a discussion himself, and participated in our Annual Basketball Tournament. His last day with us was on May 6th as he returned to Boston the next day. On behalf of the AALEAD staff and students, Thank you for your support and great work! 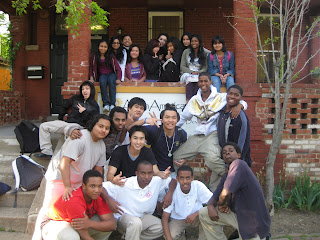 Posted by Asian American LEAD at 8:44 AM No comments:

Posted by Asian American LEAD at 12:36 PM No comments:

AALEAD at the Fiesta Asia Street Festival - Saturday, May 22nd!

AALEAD will be participating in the 5th Annual Fiesta Asia Street Festival on Saturday, May 22nd from 10am to 7pm.

Come join us at our AALEAD table!

Students, staff, and mentors will be involved in various activities during the day including:
For more information about the festival, please visit http://www.asiaheritagefoundation.org/. If you would like to volunteer with AALEAD, please email Don Kim at dkim@aalead.org.


Posted by Asian American LEAD at 12:51 PM No comments: