Obama sends over Dr. Rosen and B.D. Wong to AALEAD!

Dr. Rosen, a cancer researcher and the director of the cancer center at Northwestern University Memorial Hospital, and B.D. Wong, an actor who has appeared in several Law and order: Special Victims Unit episodes and was the voice of Captain Shang in Mulan, made a visit to AALEAD!

The Washington Blade was also on hand to film the event! 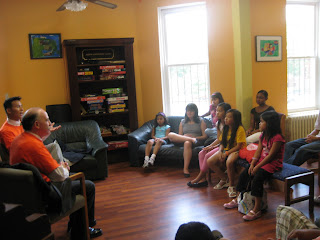 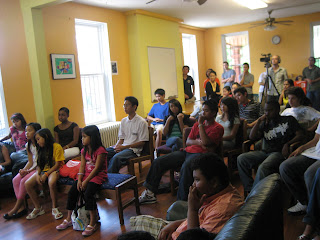 Both Dr. Rosen and B.D. Wong were part of the “Importance of Fatherhood” agenda that President Obama had planned to kick off Father’s Day weekend. AALEAD was nominated to be a host for these renowned figures to discuss the importance of role models and dreams to youth in the D.C. area. 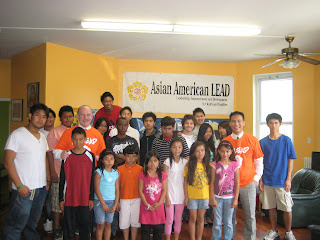 After discussion and a few questions, Dr. Rosen and B.D. Wong had to rush off to the White House. Once there, CNN spoke to Obama about the day’s efforts.

If you click the link you can see that Dr. Rosen had kept on the AALEAD shirt!!

For more on President Obama's "Importance of Fatherhood" initiative, please see this article at www.whitehouse.gov.

Posted by Asian American LEAD at 8:44 AM