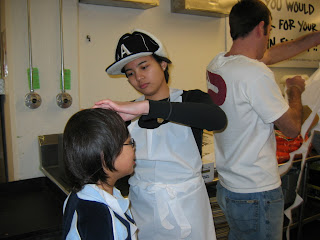 On one of the coldest days in a long time, AALEAD students cared enough about helping out that they traveled the entire way from Maryland to downtown DC to help out at DC Central Kitchen, a non-profit aimed at, not only feeding the those less fortunate, but also training them with the valuable skills needed to start a career in food and help themselves.

For the shift, our students had bag after bag of carrots to tackle. Following a thorough introduction to the kitchen by Mason, a Central Kitchen staffer, students donned some stylish hairnets and aprons, pulled on some gloves and then teamed up. After that, Kitchen staff gave final instructions and students were turned loose (under supervision, of course), peelers in hand. Each team was responsible for sorting, cutting, peeling, chopping and washing their batch of carrots, after which the finished product was 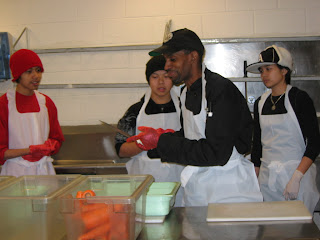 taken to another team who was in charge of preparing them to be cooked, then they were reloaded with another bin of carrots and the cycle started all over again.

By the end of the night, our students had prepared countless bins of carrots, which another team of students then cooked, strained, cooled and packed in vacuum sealed packages to be frozen. These packages can now be stored for up to a year and used on demand if there is an emergency need...

Many of the students have already expressed interested in going back, so don't be surprised if you see another post in the near future about DC Central Kitchen, Part II. 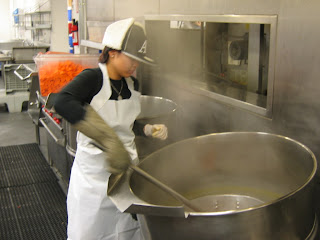 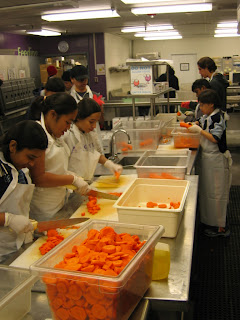 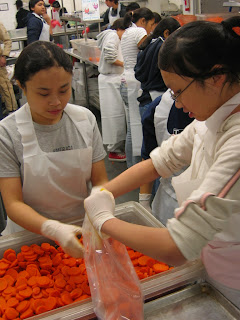