AALEAD and the DC Council promote community relations through Basketball 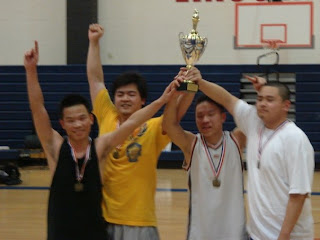 On March 29, 2009, Asian American LEAD held its “AALEAD’s Got Game?” basketball tournament at Bell Multicultural High School, which featured DC Councilmember Tommy Wells and members of his staff. About 100 people were in attendance to see the towering adults engaged in friendly competition with AALEAD’s high school students. During the 5-on-5 game, AALEAD’s team had a surprising 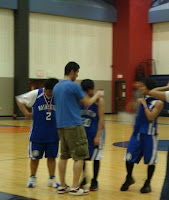 early run of 8-0. However, with a few well-placed shots from Mr. Wells himself, the game was tied with only 1 minute left. At the last moment, however, AALEAD’s students made one last push and scored the winning point to win the game.
Following the DC Council game, twelve other AALEAD student teams competed in 3-on-3, half-court games for the 1st place trophy. The competition was intense; however, students never lost sight of the importance of good sportsmanship. In addition to participating in the games, students also assisted staff in running the concessions stand to 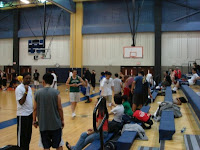 help fundraise for the event. The event was a tremendous success and provided both students and DC Council members a fun and active way of getting to know each other.
Posted by Asian American LEAD at 1:26 PM